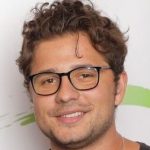 Apple cider vinegar is a common supplement because it can promote weight loss, blood sugar control, acne healing and others.

Below are 16 benefits of taking apple cider vinegar.

Another study from the American Diabetic Association demonstrated that 2 tablespoons of apple cider vinegar before bedtime could reduce fasting blood sugar in the morning by 4% (3).

Other recent human studies (2016 & 2017) also conclude that apple cider vinegar can improve insulin levels and lower blood sugar levels after meals confirming it as an important tool for diabetes prevention and management (4, 5).

3. Increases the feeling of fullness

A couple of human studies showed that apple cider vinegar supplementation led to eating up to 275 fewer calories per day (6, 7). In addition, those who consumed the most vinegar (max of 2 tablespoons) reported the greatest fullness and had the lowest glucose and insulin responses compared to the other subjects.

A 2009 study involving 155 people with obesity showed that daily vinegar consumption led to reduced belly fat and weight loss in those who consumed either 1 or 2 tablespoons vinegar daily for 12 weeks (8). The results showed the more vinegar intake, the more weight loss, fat loss, and the lower blood pressure and triglycerides. Results became more pronounced as time went on.

5. Can protect against cancer

Two 2004 studies concluded that vinegar has anti-cancer properties; including the ability to shrink tumor cells and kill leukemia cancer cells (9, 10).

However, these studies should be taken with a grain of salt since none were conducted with live humans.

Another human study done in 2003 showed mixed results in regards to cancer protection. The study showed that vinegar consumption is linked to increased bladder cancer in Serbia, but decreased esophageal cancer in China (11).

Vinegar, especially apple cider vinegar, may reduce or prevent cancer, but more studies in humans need to be conducted before any definitive conclusion is reached.

The world’s most common cause of premature death is heart disease (12).

A few studies showed that vinegar consumption was able to reduce the risk of heart disease. One 2006 study showed that rats fed vinegar reduced serum cholesterol and triglyceride levels (13, 14, 15).

A 2014 study published in applied microbiology and biotechnology concluded that certain compounds in vinegar have been shown to inhibit the growth of Propionibacterium acnes, the specific strain of bacteria responsible for causing acne (16).

A 2001 animal study out of Japan showed that rats who consumed acetic acid, the main component in vinegar, resulted in reduced levels of blood pressure (18).

Another 2005 study in rats published in the Biological and Pharmacological Bulletin found that red wine vinegar blocks an enzyme that raises blood pressure (19). More studies are needed to confirm this in humans.

Apple cider vinegar contains beneficial bacteria that helps to boost the immune system in times when you’re feeling under the weather.

Gastroesophageal reflux disease, also known as GERD or acid reflux, is a condition characterized by acid backflow from the stomach up into the esophagus, causing symptoms like heartburn, belching and nausea.

In some cases, acid reflux is a result of having low levels of stomach acid or hypochlorhydria. Though there are no published studies yet to confirm the use of apple cider vinegar for this purpose, anecdotal evidence suggests it may be of value to experiment with.

11. May soothe a sore throat

Due to its antibacterial properties, apple cider vinegar is thought as an excellent aid for killing bacteria in the throat. However, there is no evidence to support its use in this way. If you try this at home, make sure you mix the vinegar with water before gargling.

This is because apple cider vinegar is very acidic and has been known to cause throat burns and dental erosion when consumed undiluted (22, 21).

12. Can be a natural deodorant

Apple cider vinegar possesses powerful antibacterial properties and makes an excellent natural deodorant. One of the simplest apple cider vinegar uses is to dab a bit on your fingers and apply under your arms to help neutralize odor and keep you smelling fresh.

13. Can cause your hair to shine and get rid of dandruff

Apple cider vinegar hair rinse is said to remove product buildup, detangle and add shine to your hair. It’s unclear how effective this is, but the theory is that the acid in the vinegar could help stop the growth of the fungus Malassezia, which may contribute to dandruff.

A 2016 study showed that when apple cider vinegar was applied to varicose veins twice a day with feet elevated for 30 minutes thereafter, symptoms improved (22).

Dr. Robert Sommer, MD, a dermatologist in Maine recommends applying a diluted vinegar compress to poison ivy and poison oak rashes. If you are trying to eliminate poison ivy growing in your yard, a spray solution of salt, vinegar, and dish soap to kill the plants.

16. May help boost the immune system

Apple cider vinegar has a natural ability to assist in increasing the efficiency of the immune system. During the creation of apple cider vinegar, the mother is added for completion of the fermentation process.

The mother is held within a substance known as “must,” the pieces of apple seen during fermentation. The mother is comprised of bacteria that work as probiotics. According to several studies, probiotics have an immune-boosting effect (23).

This connection could explain why drinking apple cider vinegar assists in the treatment of colds and other immune-related ailments.

Apple cider vinegar is also deeply rich in nutrients such as potassium, vitamin C, antioxidants, and vitamin E, all of which have been closely related to the immune system. Apples, in general, have also been shown to be linked to better lung functioning. As apple cider vinegar is derived from apples and contains many of the same nutrients, the benefits seemingly cross-over (24).

Can apple cider vinegar be used for bad breath? Yes, apple cider vinegar is extremely acidic. This high level of acidity helps to eliminate bacteria, especially in the mouth. Its antiseptic qualities also help break down plaque that can form on teeth and assist in the digestive process, which may help bad breath caused by indigestion. It is recommended that you either gargle with apple cider vinegar for 10 seconds or mix 1 tablespoon in an 8 oz glass of water when you encounter bad breath.

Does apple cider vinegar lighten dark spots? Yes, the inexpensive pantry staple has been proven to lighten dark spots. Soak a cotton ball in the (diluted) vinegar, and apply it to dark spots a few times a week for 2 minutes maximum before rinsing with water. Sensitive skin may require moisturizing before application and using topical vinegar for a shorter duration.

Many dietitians claim apple cider vinegar has incredible benefits, including helping acne and acting as a detox for your body.

Although there is some science that supports this, there isn’t enough research to substantially support this.

That said, some studies suggest it may offer some benefits, including reducing blood pressure and promoting weight loss.